Via – CNN.com
By Ralph Ellis
The three soldiers killed Wednesday at Fort Hood, Texas, came from different places. Two grew up in small towns, and one came from a seaside city in Puerto Rico. They all died in a shooting rampage that also left 16 others wounded.
Sgt. Danny Ferguson 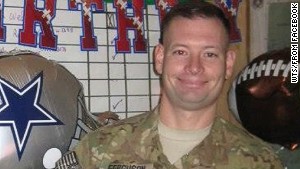 Ferguson was killed trying to hold a door shut to stop the shooter, his fiancée, Kristen Haley, told CNN affiliate WTSP-TV in Tampa, Florida.
“He held that door shut because it wouldn’t lock. It seems the doors would be bullet proof, but apparently they’re not,” Haley told the station. “If he wasn’t the one standing there holding those doors closed, that shooter would have been able to get through and shoot everyone else.”
Haley, also a soldier, said Ferguson was a native of Mulberry, Florida, and an outstanding athlete at Mulberry High, where he graduated in 1993. The small town is about 30 miles east of Tampa.
He’d just returned from Afghanistan, she said.
“This was his life. He was proud to be part of a great service,” Haley told WTSP.
CNN also spoke to Ferguson’s parents in the Tampa Bay area. They declined to comment. 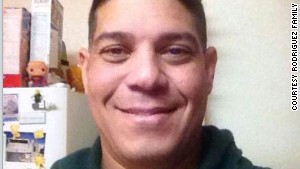 Sgt. Carlos A. Lazaney-Rodriguez
Lazaney-Rodriguez, 38, was from Aguadilla, Puerto Rico, and planned to retire from the military soon after serving 20 years, Aguadilla Mayor Carlos Mendez told CNN en Español’s Mayra Cuevas.
“It was a very close-knit family,” Mendez said “Excellent, decent, very good people. I know his family and his parents. They are good people.”
Lazaney-Rodriguez graduated from high school in Aguadilla and enlisted at 18, Cuevas reported. He had a wife and family.
Aguadilla, a town of about 60,000 people, is on the northwest corner of Puerto Rico.
His immediate family, including his father and three brothers, lives in Tampa, Cuevas reported, and his aunt still lives in Aguadilla.
“His aunt was destroyed; she almost couldn’t speak,” Mendez said. “They weren’t expecting this. It is a pity that seven months before that he was meant to leave the Army something like this happens.” 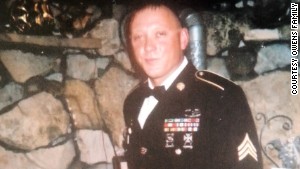 Sgt. Timothy Owens
Owens, 37, was a counselor in the Army and had served in Iraq.
“Very terrible that they had to shoot my son,” his mother, Mary Muntean, told CNN affiliate WICS-TV in Springfield, Illinois. “He was a good person. Why would they shoot a good person that was helping them?”
Owens grew up in Effingham, a town of about 12,000 people in central Illinois. He got married in August and had two teenagers from earlier relationships, WICS reported.
Owens loved the military and planned to make it his career, his mother told the station.
“He didn’t answer the phone so I left a message on his phone. ‘Son, call me so I know if you’re OK or not.’ Well, never got no call from him. I thought: ‘Oh God, please don’t let it be,’ ” his mother said.

Three patients previously listed in critical condition at Scott & White Memorial Hospital have been upgraded to fair condition, according to the hospital’s Twitter account. One other patient at the hospital is expected to be released Friday, the hospital said. Five others who were wounded had been released from Scott & White by Friday.
One of the wounded was identified as Maj. Patrick Miller of Allegany, New York, according to CNN affiliate WGRZ-TV in Buffalo.
Friends said Miller, 32, is expected to make a full recovery after the gunman shot him in the abdomen. Miller’s hometown buddies organized a prayer service at the Allegany Baptist Church on Thursday night, WGRZ reported.
“He’s like a brother,” his friend Dustin Bottone said. “We’re just trying to get the community together, to be there for Pat to let him know that even though we’re far away, we’re thinking about him.”