The last few months we have been adding different licensing opportunities to our site to let independent artist know there are many different ways to get heard. One thing many artist forget is that there is music everywhere and before it can be played the artist must  be paid. Check out this great article below and find out how to license your music correctly.
Via: Symphonic Distribution

Licensing music is a much more involved process than just selling music. On your part as the content creator, it requires education, knowledge of copyright and publishing basics, extreme organization, and some annoying but highly important prep work that will set you up for potential success. Before you begin your venture into this exciting part of the music industry, read our 5 crucial tips below.

What the heck qualifies music as sounding good? This has absolutely nothing to do with subjective tastes in music. We mean that in the most general sense, the music must be well-produced music with high-quality instruments (whether acoustic or electronic) and high-quality sound design.

Heads up: Not all music is licensing-friendly. Music that gets licensed for the medium & large tier opportunities hits mainstream audiences. Music that hits mainstream audiences is well-produced, well-mixed, and well-mastered. If a song can sound expensive, it should sound expensive. If it SOUNDS like you made it in your bedroom at home, no one will give it the time of day. Licensing professionals, including our licensing department, will listen to the first 10 seconds of your song and if it doesn’t SOUND good right off the bat, they ditch it.

So take a listen to your song. Ask yourself: Does the keyboard in my intro sound like a fake cheap instrument? Obviously a lot of instruments are electronic and from instrument packs these days, but there are some that just sound cheap, fake and awful. It’s hard to be honest with yourself about the songs you consider your kin, so have a third party person be fully honest with you.

2. Know who owns the rights to your music.

They want to know and will ask:

1) Who owns the masters / sound recording?

2) Who owns the underlying composition / publishing?

You must have the answers to these questions at all times. And your licensing agents/representatives pitching your music on your behalf will need the detailed answers to these questions. To deliver to our partner Music Supervisor, we have the record labels & artists fill out a chart with columns telling us songwriters’ full names, their % split ownership of the song, and their PRO.

3. Get your publishing in line. And educate yourself.

Make sure all songwriters involved in the songs are registered in a PRO (Performing Rights Organization) and that the songs themselves are registered. If you aren’t already a member of the PRO in your country, register yourself. If your song gets placed in an Apple commercial that airs on TVs worldwide, you will be earning substantial performance royalties from your PRO. Set yourself up for big money.

If you aren’t familiar with the lingo, vocabulary, and structure of the publishing world, educate yourself. Read our Publishing Guide.

4. Have stems and instrumental versions of every song.

You heard us. When you finish a song, you should make an instrumental version and keep those stems on file. A video game wanting to license your song might need stems because they need to dissect the song and sync up lazers and gun sounds with a particular sound in your dubstep track. And most often, it is extremely customary for music supervisors to need instrumental versions of songs.

Why? In the film/TV/trailer/commercial world, your music is serving the creative purpose of the visual media with which it’s synched. It doesn’t stand alone; it’s subservient to the visual media. If characters in a commercial are talking, they obviously want those characters to be heard. And if your song works perfectly to set the tone for this commercial but has a singer that is belting out lyrics that just don’t coincide with what’s going on in the scene, the music supervisor will ask you for an instrumental version. If you don’t have an instrumental version, you just lost out on a deal. And money. Invest the extra time in getting these materials together. Take the following advice from James Warburton who is a music supervisor at Lime Pictures:

“Because of the large amount of dialogue in our programs, we have to be very careful when placing music to ensure that characters can still be heard clearly. There’s been many times when we’ve loved the sound of a song but have been unable to use it because of a dominant vocal sound or a lyric that doesn’t make sense in the context of a scene. Creating an instrumental version almost doubles your chances of being used on TV because it opens up your track to so many different possible uses.”

5. Make sure your public artist profile pages are consistent and professional.

You should have heard this one before! When music supervisors find a song they like, they might look the artist/band up online to check them out and see whom exactly they’re dealing with…who might be representing their brand. If you have misspellings and poor grammar galore on your Facebook “About” section, this could easily turn people off. Give yourself a concise, professional bio, and only post absolutely knockout, professionally-done photographs of yourself or your band.

Symphonic Distribution was launched in the winter of 2006 by a Music Producer from Tampa, Florida. The company was launched with the intention of providing new and established record labels cost effective digital distribution to retailers such as iTunes, Beatport, Rhapsody, Amazon, and more with a strong emphasis on customer satisfaction. By the end of 2007, the company

struck agreements with over 250 record labels, and improved its offerings to include additional services such as Mastering, Marketing, Label/Artist Development, and more. 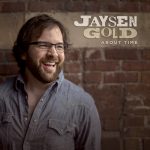